EB Expo 2017 kicks off in earnest this weekend, bringing a whole convention floor and an EB Games “Mega Store” to the Gold Coast Convention and Exhibition Centre in Surfers Paradise and today Geek Mountain was there on the convention floor to bring you this sneak preview of what tomorrow and Sunday have in store!

Firstly we want to thank EB Games, PlayStation and Five Star Games in particular for making us so welcome at the Friday afternoon Media preview along with all the exclusive Ultimate Gamer pass holders that managed to snap up the $449 full Expo experience tickets before they sold out, but importantly, how is this year’s EB Expo shaping up for the gamers and fans that will be flocking through the doors tomorrow? 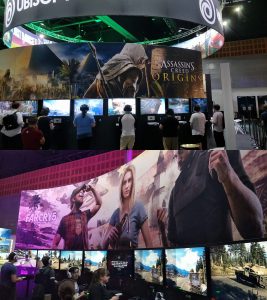 While that may be a bit of an exaggeration, today we didn’t manage to play everything that EB Expo has on offer and we had virtually no crowds to contend with.

Lots of the gameplay demos are for AAA titles due to release between now and the end of the year, but it’s a great chance to get your hands on the titles you’ve only seen at E3 and GamesCom, or that you’re still trying to decide if you want to buy in the coming months.

Personally my top 5 games experiences at EB Expo were: 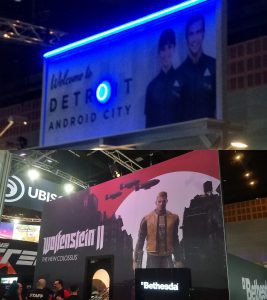 Games like Assassin’s Creed Unity, Wolfenstein 2: The New Colossus, Call of Duty: WWII, Super Mario Odyssey and Forza 7 are definitely worth the crowds they will be pulling again tomorrow, but those 5 games (4 if you have no interest in cricket) should definitely top your list. 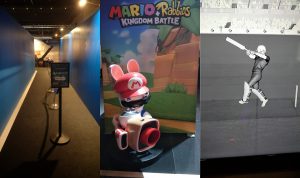 I gushed a little too much about Skyrim VR already, but if you’re a fan of the new Virtual Reality frontier and the hype surrounding it, you’re in luck. PlayStation has multiple VR headsets ready for you to experience, with four vastly different titles to play.

The long velvet ropes will no doubt not be nearly long enough for the huge queues of people that are desperate to try out PlayStation VR at EB Expo, especially considering how few people own the hardware themselves, but be prepared for some teething problems despite the long lines.

Of particular note for me was Bravo Team, a flagship PlayStation VR title that boasts co-operative military FPS, utilising the cover system to cleverly mask that it is an on-rails shooter. This allows for the players to sit still while playing and use both hands on the simulated VR weapons instead of moving with a controller, however even in the limited session this afternoon it’s clear that Bravo Team will be fuel for a multitude of hilarious gifs and videos once the embargo on gameplay footage lifts. For every smooth playthrough of co-op coverfire, there’s a poor soldier with his arms around the wrong way trying not to shoot himself in the face.

If you’ve got the stomach for horror and only the patience to line up for the VR experience once this weekend, I heartily recommend The Inpatient. Not utilising the light-wands makes it the least vulnerable to tech issues alongside the racing simulation, but it’s a psychological survival horror title with all the immersion that Virtual Reality can bring. Horrifying. 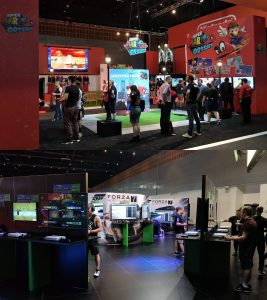 What else is there?

From the preview session alone we can tell you that there’s all the usual stores and hardware displays that you should expect from a gaming convention, along with tournament and free-play areas galore.

For the high roller Ultimate Gamer Pass holders there’s also an exclusive chill-out area, but for everyone else be prepared for a long day on your feet, as the seating will be at a premium and there’s less unused space for eating and hanging out than at some of Australia’s other conventions.

Compared to today, the weekend will also boast the vibrancy of cosplayers, both amateur and professional, some working booths, some sharing their passion while enjoying the Expo and many of them hoping to win the Just Cos’ Cosplay Competitions on both Saturday and Sunday.

So is it any good?

It’s hard to judge the whole Expo on the subdued exclusivity of the media preview, but the hall is packed with plenty of stalls, the crowds will no doubt bring the same great energy they do to every major convention and there are some seriously great videogames to play. 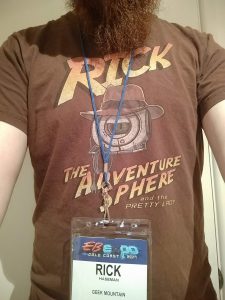 My biggest personal disappointment so far was that none of the “Ultimate Gamers” complimented my straight-up awesome Portal 2 shirt today, but I’ll be bringing a little cosplay of my own tomorrow, so we’ll hope to see you there!

If you’re going to be at the EB Expo this weekend, or you’ve got requests for what we spotlight for the rest of the event, join us at the Geek Mountain Base Camp and have your say!