The voting has closed for another year and it’s time to announce what you voted for as the Best of 2016, starting with Videogames.

Compared to Movies and TV Shows, Videogames was the smallest of the three categories as not all of our voting Geek Mountaineers felt as though they had played enough games throughout the year to vote all the way to 5th Best, but the voting was hotly contested until the final day nonetheless.

Only one game was singled out by multiple voters as a disappointment this year, similarly only one unlisted write-in qualified for an honourable mention.

So what were the highest voted videogames of the year? 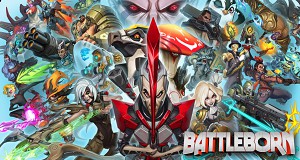 Released on May 3rd 2016, Battleborn was the Gearbox Software and 2K Games creation that took some of the much loved elements of their Borderlands franchise into the realm of online multiplayer shooters. While it wasn’t the only competitive shooter with a big cast of playable heroes for the year, Battleborn’s online co-op story mode and unique skill-trees set it apart as a game unto itself.

Released on May 13th 2016, DOOM might just be the most critically acclaimed remake in the history of videogames. With Bethesda publishing and id Software developing a remake of their 1993 classic, 2016’s DOOM was big, loud and well loved for the single player campaign more so than the multiplayer, but with classic multiplayer matches, a killer soundtrack and the ability to create and share maps and missions even on the console versions, this game had plenty to offer. 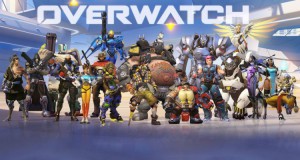 Released on May 23rd 2016, Overwatch continued the trend of brilliant  online multiplayer shooters in that month. One of the most anticipated releases of the year, Blizzard’s first foray into the FPS genre has developed a huge online following thanks to the diverse cast of heroes and their well produced animated shorts that showcase them. Despite being strictly a competitive multiplayer game, Overwatch does what it does perfectly, making it the most popular shooter of the year.

Released on May 10th 2016, Naughty Dog delivered their final chapter in the Uncharted franchise to wide acclaim and the Geek Mountain votes to match. With possibly the best game narrative of 2016 delivered by phenomenal in-game performances, Uncharted 4: A Thief’s End was the perfect action-adventure game for Sony to hold up as a genuine exclusive title, inspiring more console purchases for this excellent game alone.

And without further ado, the official Best Videogame of 2016 as voted by our Geek Mountain community is:

Remarkably the only game in 2016’s Top 5 that wasn’t released in May, Nintendo delivered the latest instalment in the Pokémon franchise in November 2016, over 20 years after the original Pokémon Blue/Red. Shipping over 10 million copies in the first week alone, this game was unquestionably a huge success for Nintendo, but Sun/Moon delivers more than just another Pokémon game, winning the praise of old and new fans alike and defeating all challengers in the voting to be crowned the Best Videogame of 2016!

So those are the Top 5 games as voted by you, but what did we think? Here’s a little taste of the Geek Mountain 2016 videogames review to tide you over until the podcast:

“I wasn’t expecting much from this single player campaign going in, but holy crap! If you haven’t picked it up yet, do yourself a favour. This is the best campaign I played all year! Non stop fun, absolutely gorgeous and on top of that you have hours of endless entertainment in the multiplayer arena.”

“The super fun Battleborn provides a variety of play-styles, very amusing characters and achievable incentives. Each character has a unique backstory, set of skills, and a variety of costume and options for you to customise. I spent almost as much time getting to know the characters as I did exploring the gameplay. This game is great to play solo, with and against friends and strangers, or if like me you’re looking for more local co-ops to play with your partner, it has something for everyone! #montanalikeaboss #marquisisbestbro”

“I have never been more gripped than the short time I spent playing INSIDE. Smart puzzles, beautiful visuals and a story that bends your mind almost as much as the puzzles. I’ve played games with a lot more hype and much bigger scope but nothing will stick with me more than INSIDE. Play it so I can talk about the ending with someone!”

“I loved a lot of the games I played this year, but nothing hooked me with such a complete package as Gears of War 4. Playing through the campaign in local co-op splitscreen was an amazing and much missed experience and I’m still going back to the multiplayer again and again.”

“Pokémon Go is the best thing to ever happen to me including getting married. Wait, has Michael deleted me on facebook or did he block me? GUYS?!”

Of course 2016 had more than 5 good videogames to offer, these are the games that round out the Top 10:

7. Gears of War 4 (PC, Xbox One) Microsoft and The Coalition found success with one of the first “play anywhere” games to be playable on both PC and Xbox One with a single purchase, offering classic Gears of War co-op story play and competitive multiplayer for the latest generation.

8. INSIDE (PC, PS4, Xbox One) Developed by Playdead, INSIDE was the best independent release of 2016, with a thrilling story supported by brilliant design that earned this puzzle-platformer a 10/10 rating on Steam.

9. XCOM 2 (Linux, Mac, PC, PS4, Xbox One) Firaxis Games and 2K games follow on from 2012’s XCOM: Enemy Unknown with a brutal turn based tactical shooter, this time pitting the soldiers of XCOM as the resistance movement in a world conquered and controlled by new and improved alien enemies.

10. Dark Souls III (PC, PS4, Xbox One) FromSoftware and Bandai Namco continue the trend and excellent but wickedly difficult action-rpg games with the best elements of Dark Souls II, Demon Souls and Bloodborne all combining to make Dark Souls III a worthy game to round out the Top 10 Videogames of 2016.

Top Disappointment: No Man’s Sky (PC) Many people expected this to be the biggest and best independent release of the year, if not all time. With such high expectations (and subsequent false advertising lawsuits) it’s no surprise that for every player that loves it, there is another that holds No Man’s Sky up as the definition of disappointment.

Did you favourite game not make the Top 10? Here’s the rest of the Top 30!

So what do you think of the results? Join the discussion on social media, stay tuned for the Best Movies and Best TV Series of 2016 results and thanks again to everyone who voted, we couldn’t have done it without your input!