Something about the future? Some big heroes got killed?

If you’re still on board with Civil War II despite the two month break in the main event book, then join the club because the fifth issue has arrived! 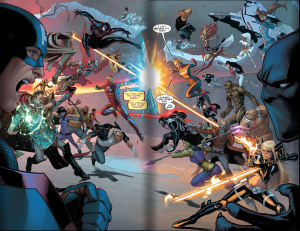 Remembering where Civil War II left off is made easy by the epic opening splash page that throws us right into the fight we’ve all been waiting (and waiting) for, but the real struggle is in remembering the intricacies of the plot beyond “Captain Marvel wants to use the future-seeing (or at least predictive algorithm calculating) Inhuman, Ulysses, to arrest criminals before crimes are committed.” and “Iron Man thinks that’s wrong and most of the heroes agree with him.” As much as this issue was a brilliant blend of big action,  nice character moments and story progression, ultimately the extended wait does weaken the impact of the storytelling.

On the whole though, Civil War II Issue #5 is a very solid comic.

Not every hero gets a spotlight moment, but plenty do, and the frenetic action is broken up nicely in places to give some contrast to the pacing throughout. 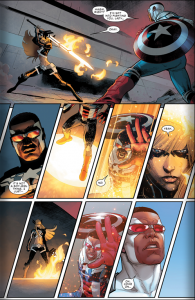 Practically every panel has something of interest going on and if there’s any criticism to be had it’s that the issue couldn’t be twice as long to really explore the epic scale and scope of this pitched battle.

The stakes are a little low, with everyone that gets knocked down immediately picking themselves back up again, but provided this isn’t the biggest fight of the series the abrupt end is worth it for the huge splash of plot that interrupts just in time for another genuine cliff-hanger.

I won’t spoil the details this week, suffice to say that our man Marquez managed to sneak some more tears in at the last minute. 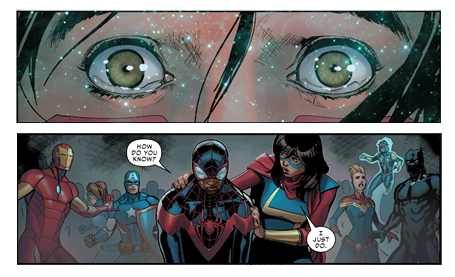 It’s a given that I’m eager for Civil War II Issue #6, but the good news is that last week also brought us a new Choosing Sides, this time featuring none other than Jessica Jones, and the conclusion of the Civil War II: X-Men series as the Mutants and Inhumans clash in parrallel to the events of Civil War II itself. 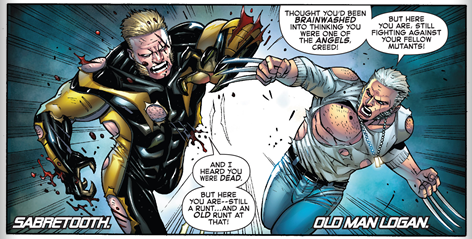 Even without branching out into the many Marvel books that don’t carry the Civil War II title, there’s plenty to enjoy from this event, despite the schedule break-down for this issue in particular. Here’s hoping that the Issue #5 major plot point can now open the floodgates for the other tie-ins to get back on schedule from here to the finish!